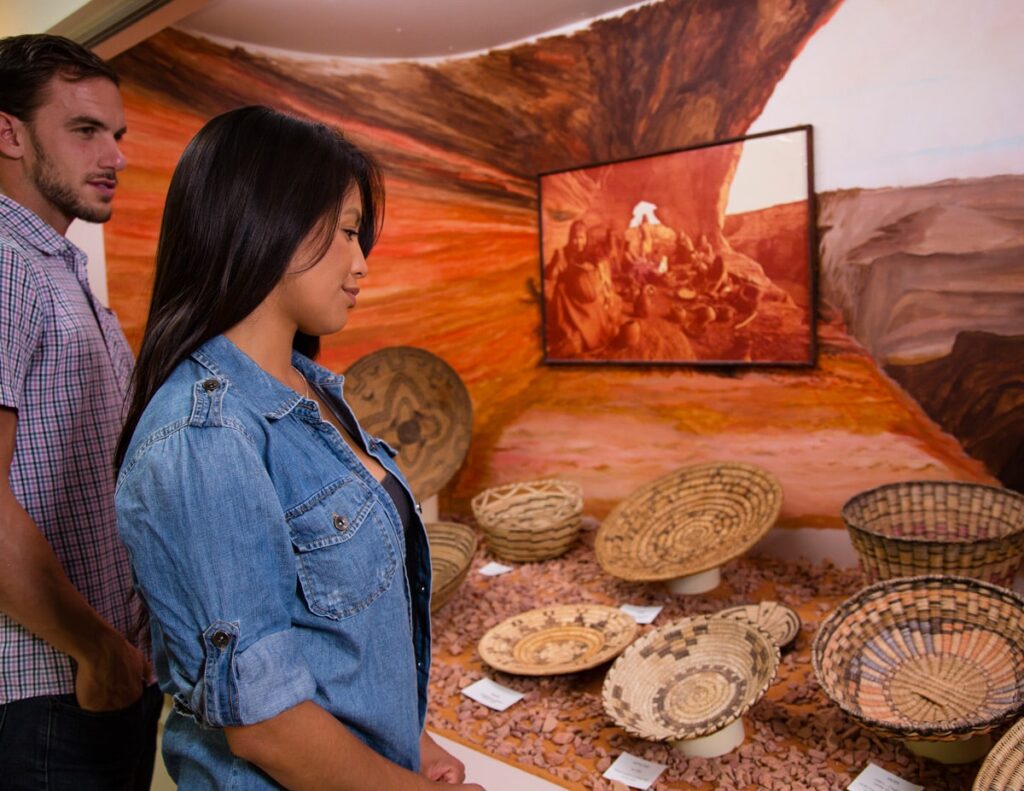 The Deming Luna Mimbres Museum, regarded as the “Smithsonian of the southwest,” is located at 301 S. Silver Avenue. This museum, organized and run by volunteers in the community, features exhibits about Deming, the region, and New Mexico. FREE with a request for a donation.

The Deming Luna Mimbres Museum houses exhibits relating to the everyday lives of the citizens of Deming and the Mimbres Valley. They include paintings, furniture, period rooms, antique machines and tools, toys, dolls, clothes, vehicles, farm equipment, war memorabilia, photographs, Indian artifacts, gems and geodes, and an important collection of Mimbres pottery. The Deming Luna Mimbres Museum was named for the City of Deming, Luna County, and the Mimbres Valley. It is housed in the old National Guard Armory, which is listed on the National Register of Historic Places and is also a State Historic Site. The best souvenir shop in Deming! There are many different types of memorabilia available to commemorate your travel to Deming.

The Deming Luna Mimbres Museum also houses the largest on display collection of Mimbres pottery. The museum’s Pottery Room is a treasure trove, filled with pots of all sizes made between 950 and 1200 A.D. by the Mimbres Indians, who were among the area’s earliest residents. Many of the pots are black on white, with interiors painted with animals and bird figures, but some are red on white. Amazingly, the Mimbres painted their intricate designs with brushes they created out of chewed yucca leaves.
The Deming Luna Mimbres Museum building was originally built as a National Guard Armory, completed in 1916 just two months after Pancho Villa’s raid on nearby Columbus. Before it was finished, military troops slept there while the U.S. was recruiting troops to defend America’s border with Mexico. Today, the museum is Deming’s treasure, housing extensive collections of Mimbres pottery, antique autos, quilts, dolls, and period-furnished rooms. The Santa Fe Railroad donated the paint for the Harvey House exhibit so it would be true-to-life in authentic color. The Fish are Jumping
You might not expect to reel in a largemouth bass in downtown Deming, but drop your line in Trees Lake and you just may catch a few. That’s because this five-acre lake takes part in the New Mexico Game and Fish Department’s stocking program, which also includes bluegill, perch, catfish and fathead minnow. Trees Lake, part of Voiers’ “Pit” Park, also offers trails for leisurely strolls and perfect picnic spots. 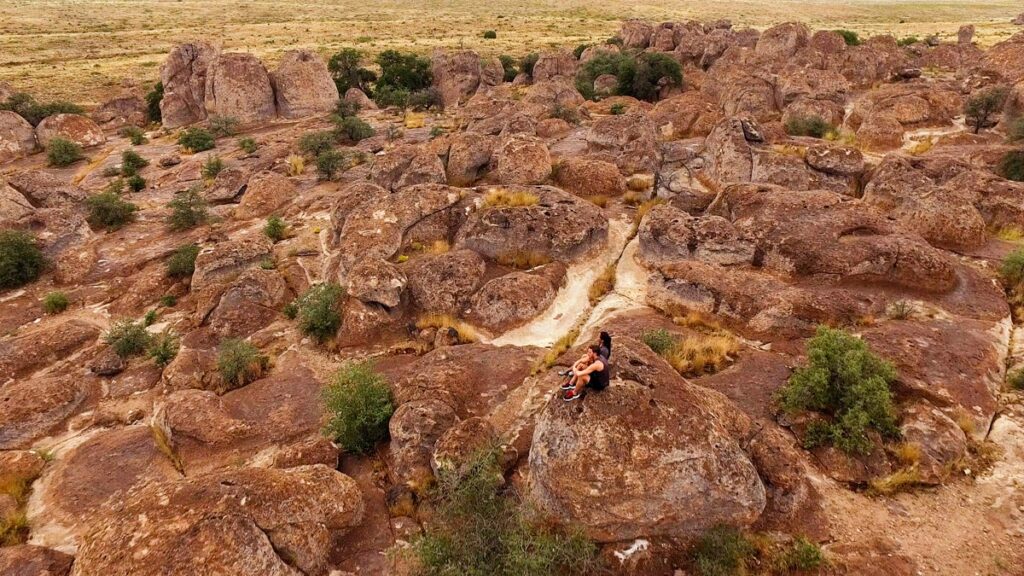 North of Deming is the City of Rocks State Park . What you will see there today measures it’s existence in millions of years. Over the last 30 million years, these mysterious rocks were wind-carved and rain worn, sculpted into outlandish streets and houses, temples and towers, some so improbable they could as well be the figments of an exploding dream. Man has been there also. Shards of pottery and arrowheads have been found there (and continue to be found today). Spanish Conquistadores carved mysterious crosses on the rocks, signs, some say, which may point to a long buried treasure. Every city has its legends. Explore her streets at will. Have fun! Rejoice in the park’s severe, relentless beauty.
The park is known for its spectacular dark-night sky viewing, with a dazzling display of stars, constellations, planets and other wonders of the universe. An onsite high-powered telescope will enhance your views. Time your visit to attend one of the springtime Stars-n-Parks astronomy programs at City of Rocks and explore the night sky with a formal presentation and telescope observations. The National Public Observatory sponsors the events, which also take place at Rockhound State Park. 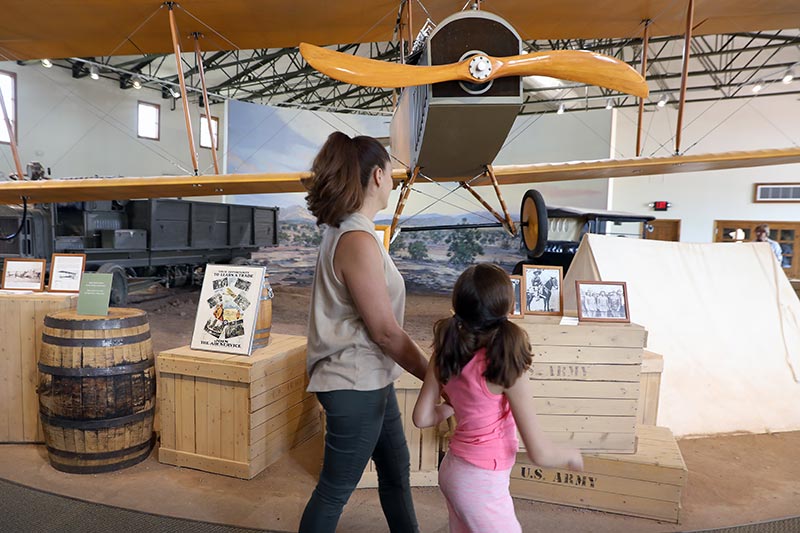 Stop by the Visitor Center, which was a U.S. Customs House built in 1902. The park also offers hiking, picnicking, camping, wildlife viewing, and a native plant garden.
Pancho Villa was driving his black 1919 Dodge touring car when he was assassinated in Chihuahua on July 20, 1923, at the order of Mexico President Alvaro Obregon. More than a century after Villa’s raid on Columbus, Pancho Village State Park is taken over every October by Pancho’s Car Show, featuring vintage and late model show cars and motorcycles. You’ll see some of the best show vehicles in the Southwest and, who knows, you may even see a black 1919 Dodge touring car. 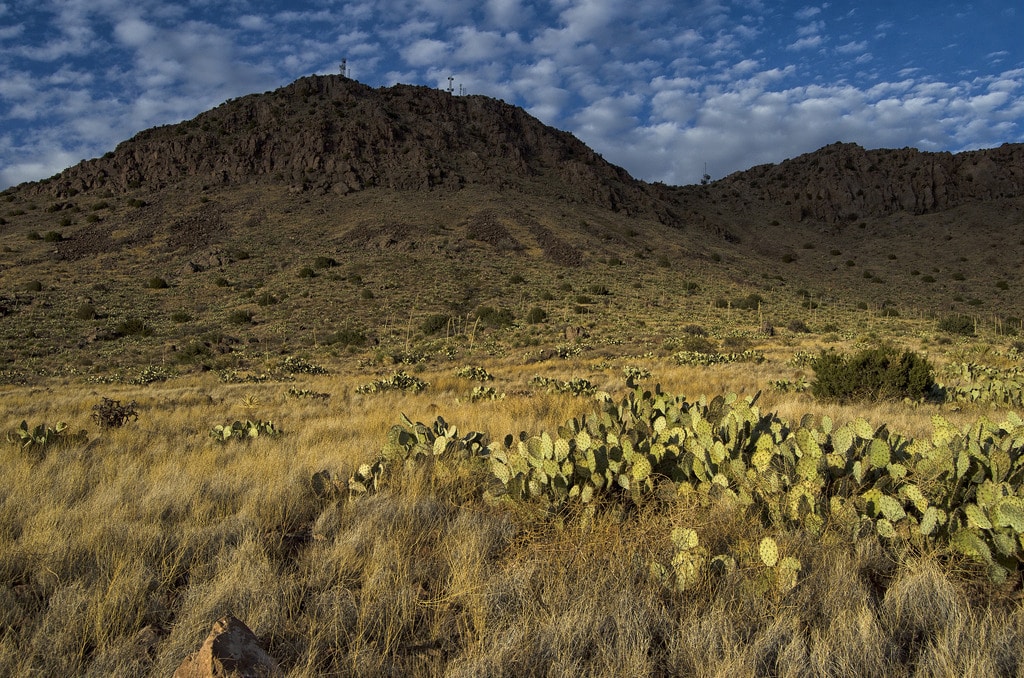 Twelve miles to the southeast of Deming is Rockhound State Park . There are camping/picknicking units, a water system, a playground and sanitary facilities. Rocks and semiprecious gem stones are yours for the taking, such as quartz crystals, translucent chalcedony of white, bluish-grey, orange, and red hues. And you may even find a precious gemstone for your very own. There is a beautiful Panoramic View from the highest Northeast shelter.
Rockhound State Park’s hiking trails offer breathtaking views of the 7,000-foot peaks of the Florida Mountains and colorful wildflower displays during summer. The trails vary in difficulty. Thunder Egg Trail takes you on a mile-long excursion and the Florida Mountain Loop Trail offers a moderate hike.